(Disclaimer: The claims made in this article are backed by many recent, peer-reviewed, scientific studies. However, as with anything, results may vary based on many factors.)

Chances are that if you don’t have diabetes yourself you know someone that does. Diabetes is one of the fastest growing diseases in our nation and it’s not getting any better. Since 1990, the number of diabetics in America has tripled to a staggering 25.8 million. But it gets even worse – The Center for Disease Control and Prevention (CDC) estimates that over 100 million Americans have diabetes or are pre-diabetic. This means that every one in three Americans is in severe danger from the life-threatening effects of this serious condition. 1 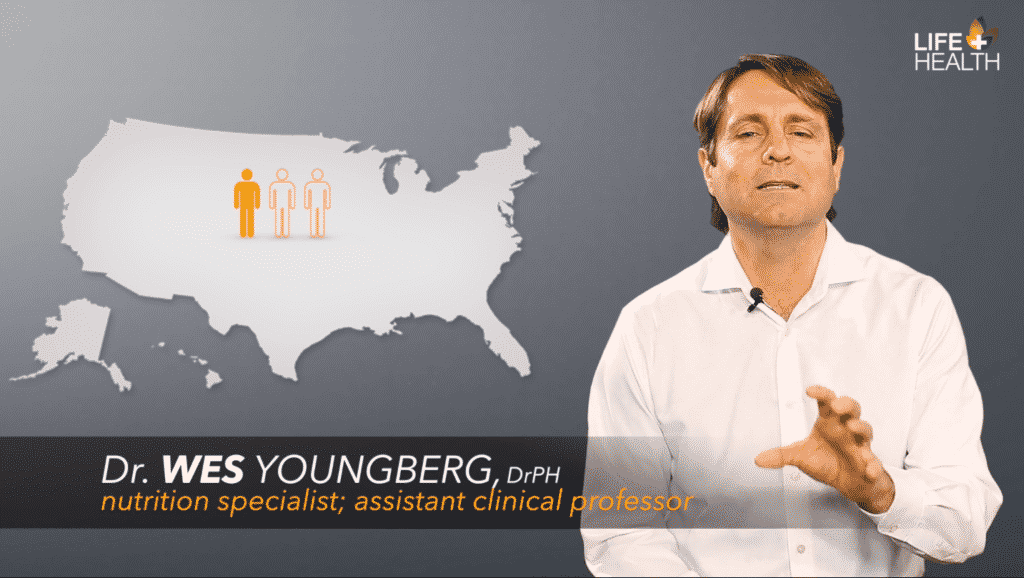 The danger of diabetes

Diabetes and prediabetes are not only not simply dangerous in and of themselves, but they are also seen as major contributors to other diseases such as heart attack, stroke, hypertension, and other vascular problems. On top of that, diabetes is also considered the leading cause of blindness, kidney failure, and non-traumatic lower limb amputation, as well as numerous other completions.2

Economically, diabetes also presents an astronomical price tag. According to the American Diabetes Association, the total cost of diabetes in 2017 was $325 billion. This has almost doubled in the last ten years from $174 billion in 2007.3 These statistics highlight the financial burden that diabetes is placing on our society, but it does not even begin to compare to the actual pain and suffering that is being inflicted on millions of families worldwide.

Type 1 diabetes, previously called juvenile-onset diabetes, is responsible for about 5% of all diabetes cases.4 Type 1 diabetes is characterized by the immune system mistakenly destroying the insulin-producing beta cells in the pancreas. This leads to elevated and unsafe glucose levels in the blood, which is the very definition of diabetes. Type 1 diabetes is treated with insulin injections to make up for the fact that the body is not producing insulin. The exact cause of type 1 diabetes is unknown, but genetic disposition, as well as exposure to viral infection and/or cow’s milk, may play a role.5

Type 2 diabetes, previously known as adult-onset diabetes but is no longer called this because so many children are being diagnosed with type 2 diabetes, accounts for 90-95% of diabetes cases.6 In type 2 diabetes, insulin is produced by the pancreas, but it is not efficiently used. The accumulation of fat in the muscle and liver cells interferes with the action of insulin which normally allows glucose, or sugar, to enter the cells for use. If insulin is the key that opens the door of the cells, saturated fat is the gum that blocks insulin’s entry. When insulin is blocked, glucose cannot enter the cell, which causes an unsafe level of glucose in the blood, i.e. blood sugar. The fat that is blocking insulin from entering the cells is either consumed in the diet or the fat that is stored as excess body weight. This is actually good news because with changes to diet and lifestyle, that fat can actually be removed.7 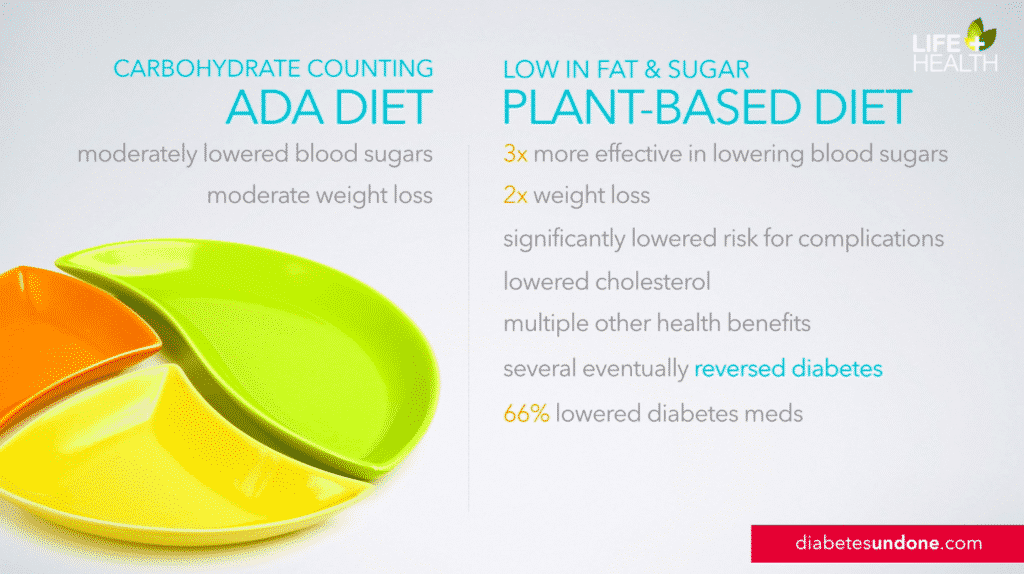 As I just mentioned, there is some good news in the midst of this demoralizing diabetes outlook. Contrary to popular belief, (and of course results may vary based on the root cause of your diabetes) recent, peer-reviewed studies involving thousands of people are showing that diabetes is preventable and reversible. In fact, we’ve known that diabetes is reversible since the 1870s, thanks to some Parisian doctors that documented how glucose disappears from their patients’ urine after patients went weeks without food.8 While this doesn’t sound like an appetizing solution, the fact is that for over 140 years we’ve known that diabetes is reversible. Is there an easier and more stomach-satisfying way to reverse diabetes than starvation? The answer is yes!

In a pilot study, thirteen diabetics were told to eat at least one large serving of fresh salad every day, a veggie-bean soup, a handful of nuts and seeds, fruit at every meal, a pound of cooked greens, and some whole grains. They were also instructed to reduce animal product consumption and to eliminate refined foods, junk food, and oil.

At the beginning of the study, the patients’ A1c levels (known as the best measure of how poorly blood sugars have been controlled over time), averaged 8.2.

Here’s a quick frame of reference:

After just 7 months on this whole food, plant-based plan, the average A1c of the group dropped to a non-diabetic level of 5.8 – and this was after patients had stopped taking most of their medications9!

You may be diabetic or have a friend or loved one that is diabetic. You deserve to know that there is hope! Type 2 diabetes does not have to be “managed” or “controlled” – it can be reversed.

But what do you eat, what do you change and exactly how can one put diabetes type 2 in remission? For more information on exactly how you can reverse type 2 diabetes and dramatically improve the symptoms of type 1 diabetes, you want to check out the Diabetes Undone course by Dr. Wes Youngberg. It’s 6.5 hours of video content along with a workbook, 21 day journal, and a 288 page diabetic friendly cookbook (with videos for each recipe). This course will help you make sense of it all and for a limited time, it’s on sale! Check it out at https://diabetes.lifeandhealth.org/special-offer-page.

All images were taken from the Diabetes Undone program.

Interview With A Plant-Based Physician