Grapes come in clusters, and so do lifestyle diseases. When I was in medical school, I noticed a similarity between the risk factors for type 2 diabetes, heart disease, high blood pressure, and obesity. For example, if a person had diabetes they were more likely to also have high cholesterol, high blood pressure, to be overweight, or to have a heart attack. I wondered how these disorders are all related.

Gerald Reaven, MD, a hypertension researcher at Stanford University, suggested that these diseases—four of the biggest killers in our society today—were actually ONE disease with various manifestations. He proposed the real disorder is high blood insulin levels caused by cellular resistance to the action of insulin. He first called it Syndrome X, and later Insulin Resistance Syndrome. Today, we know it as Metabolic Syndrome.

At first, scientists argued about Reaven’s findings. But since more research has been conducted, metabolic syndrome is now an accepted reality in patient care and involves not only insulin but other hormones such as adiponectin, resistin, and leptin. Researchers have also found that the insulin resistance affects not only muscle cells but fat cells, liver cells, and even brain cells.

The effects of long-term high insulin levels in the blood are very serious. Most women with polycystic ovarian syndrome (PCOS) with its missed menstruation and infertility have elevated blood insulin.[1] There are strong links between elevated insulin and cancers of the breast, colon, ovaries, and prostate.[2],[3] There is even evidence that Alzheimer’s disease may be related to insulin resistance in the brain, leading some researchers to call it “type 3 diabetes.”

Even though other environmental and genetic factors are involved, it is clear that the major cause of metabolic syndrome is too much energy coming into the body (eating too many calories) while not enough energy is going out (exercising too little). When our bodies are active, cells easily and efficiently use the insulin they need in order to take in energy (glucose) from the blood. Because of that efficiency, when you are active a little bit of insulin goes a long way in disposing of the calories ingested at a meal. But when you’re mainly sedentary (think “couch potato”), cells don’t need as much energy and naturally develop resistance to the insulin they would normally use to take in energy. If someone is moderately active but still eating a large number of calories, the same insulin resistance can take place.

But there’s more! Low magnesium intake, low potassium intake, high sodium intake, low antioxidant intake, and high iron intake by adults are all common in the Western diet—and have all been linked to the diseases of insulin resistance.

It’s no surprise, then, that the best way to beat the Big 4 is to make some simple, powerful lifestyle changes. And the best place to start is to increase your energy output (exercise) while decreasing your energy intake (eat fewer calories). The fact is, regular exercise is a potent way to increase your muscles’ need for energy and their sensitivity to insulin.

But a simple reduction in calories is not enough. You need to switch from calorie-dense foods to nutrient-dense foods. As the name implies, nutrient-dense foods are loaded with beneficial nutrients such as magnesium, potassium, vitamins, minerals, antioxidants, and phytochemicals—all of which help reduce your risk of metabolic syndrome. And you can actually eat more of these nutrient-dense foods—and not gain weight! And if you’re overweight, these foods will help you lose weight—and never find it again. Foods rich in dietary fiber have also been shown to aid in lowering cholesterol levels. Such a diet rich in nutrient-dense foods has also been shown to help lower blood pressure, increase brain health, lower cancer risk, and better regulate blood sugar control.

Obviously, the best diet for preventing and treating the disease of metabolic syndrome is a plant-based diet that focuses on eating foods that are close to grown as possible, in other words, not highly refined or processed. These foods—nuts, fruits, grains, vegetables, and legumes—are high in fiber, which fills us up, not “out.” They are high in beneficial nutrients and phytochemicals, which will maximize your body’s ability to fight the Big 4, while enjoying more energy and quicker thinking.

On the other side of the research spectrum, researchers have clearly demonstrated that the more animal products you consume, the higher your risk for the diseases of metabolic syndrome.[4] So, it makes sense that if you want to increase your ability to feel like a king or queen, move to a new kingdom—focus more on foods from the plant kingdom and less on foods from the animal kingdom.

One final caution: Any treatment or prevention plan for the diseases of metabolic syndrome that relies on pills, supplements, herbs, or injections and does not address the underlying nutritional issues needs to be modified. Increasing exercise (energy output) and decreasing or modifying calories (energy intake) must be the cornerstone of treatment or prevention of metabolic syndrome.

Follow this simple, tasty, effective advice, and get ready to pluck the rich clusters of benefits you’ll reap in your life! 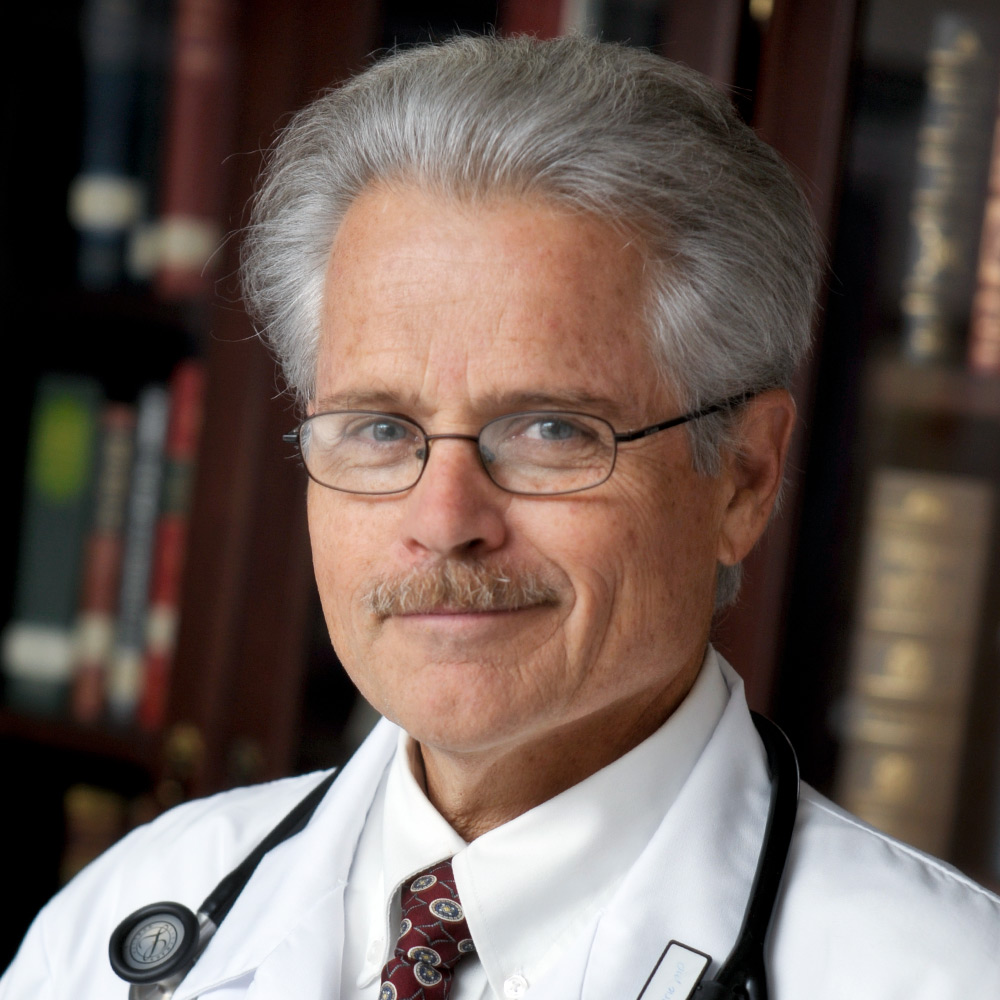 received his medical degree from Loma Linda University in 1981 and completed his residency at Hinsdale Hospital near Chicago. Dr. Guthrie is interested in natural ways to treat lifestyle diseases such as Heart Disease, Obesity, Type 2 Diabetes, and Hypertension. In addition to this, he obtained a Masters of Public Health with a focus on nutrition from Loma Linda University. Currently, Dr. Guthrie is faculty at the Florida Hospital Family Medicine Residency Program. He was also the host of a 2008 television series called, Your Life and Health.