Is there a relationship between our planet’s health and our dietary choices? If so, the question begs—how, and what is our role? Can we make different food choices, improve agricultural production, and reduce food waste? Unsurprisingly, the dietary choices we make largely influence climate change, land, water, and other planetary resources.

More and more people are adopting a plant-based diet, not only for health reasons but also to make a positive impact on the environment. However, how aware are Westerners regarding this relation to diet and its environmental impact? Well, most are not aware and did not show a willingness to know or accept that eating animal products contributes to climate change.

Studies done in several European and North American countries revealed that only a minority was aware of the environmental benefits of a plant-based diet. People in the Netherlands were the most aware with 18% of its population claiming to be vegetarians, compared to 3% in the U.S. It was found that women were mostly willing to eat less meat for environmental reasons, and men much less.

It’s actually quite understandable. Meat is everywhere. Animal products show up as a part of our daily meals, menus, and grocery stores. Frozen meat in microwaveable packages is cheap, convenient, and easy. There seem to be more meaty options than vegetarian options and the vegetarian options are often more expensive.

One important thing to note as well is that a balanced plant-based diet reaps many more benefits than a “junk-food, plant-based diet,” i.e. a diet filled with processed, refined and sugary foods.

What Does Science Say?

Logically, decreasing or eliminating meat in our diets could be the most significant way a single person could contribute to preventing environmental degradation. Progressive changes can lead to positive changes that lead to even more significant changes. The lifestyle choices we make are powerful. 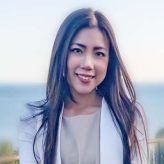 How To Stop The Sugar Addiction Cycle