Les Frederick is my accountant. A Yale graduate, he runs a very successful CPA firm in Seattle, WA and has a daughter named Laura who is in her 30s. Les told me that she’s mentally challenged, functioning at the level of about a five-year old child.

Laura lives in a care facility that watches over her 24 hours a day. She’s unable to do the simple things that we take for granted every day—taking public transportation and communicating with others, for example. And, while Laura is able to run around, she can’t run by herself because running solo requires the ability to make judgment calls such as where to go and how to get back home.

Where Les and Laura’s journey began.

For a number of years, Laura had watched the Seafair Torchlight Parade Run on television. Every time she saw the runners, she would ask her father if she could run with them. Each time, Les responded in the way most of us would—he brushed it aside as an impossibility.

But then, after a few years of Laura’s asking, Les went out on a limb and told his daughter, “Well, we need to practice.” Les was about 64 years at the time.

They started slowly, making it their goal from one telephone pole to the next. Then, when they accomplished this simple goal, they added another telephone pole, and another. Eventually, they were ready to enter their first Seafair Torchlight 8 kilometer race—about 5 miles.

After that first race, Les and Laura were both hooked. In under a year, Laura and her dad went from running their first 5-mile race to finishing their first 26.2-mile full marathon.

It’s been about two years since Laura ran her first race. Since then, Laura has completed nine half marathons and four full marathons—she’s even earned herself the title of  “marathon maniac”—a special title conferred on those who have done a certain number of marathons within a specified time period.

Jennifer Benner with Northwest Runner1 magazine once asked Laura why she always runs with Les, her dad. Her response was,

“My mom says that I have to stay with Dad when we run because it’s my job to take care of him. He’s old. So, okay, I’ll do that. He’s my partner. It would be better if he would try harder to keep up with me.”

Bear in mind that Les was 64 years old when he first began running with his daughter! Les has to run with Laura because she can’t run by herself. In fact, he told me a story about a time that Laura was running a race and missed seeing a trail marker. She kept running just like Forrest Gump—she kept running.

“Laura can’t quite calculate the difference in mileage, but she does have the vague idea that a marathon (26.2 miles) is more difficult than a 5K (3.1 miles). So the difference in distance doesn’t really register—she just runs until she sees the finish line.

The harder part is what appeals to Laura. Benner asked what she likes about a particular route, Laura responded, “the big hill”. When asked her if she’d every felt tired during a race and wanted to stop. Without skipping a beat, Laura adamantly replied, “No”.

This is Laura’s process, in her words:

“I just run until I see the finish line. Then, finish strong. I could run faster, but my dad is slow and I have to take care of him.”

I believe Laura has an advantage over most of us. Being mentally challenged, Laura simply cannot comprehend the concept of, “You can’t do it.”

No one told her she couldn’t do it! And isn’t that the problem with most of us—that we tell ourselves we can’t do it? We come up with a litany of excuses why we cannot do something.

The list goes on, and on. But what if, like Laura, we simply didn’t have the concept of “can’t” in our vocabulary?

We are all “fearfully and wonderfully” made.

“We make excuses to reduce what’s called ‘cognitive dissonance’. If we are committed to exercise and yet we don’t do it, our excuses allow us to feel less dissonance or discomfort.”

We—you and I—are all capable of accomplishing incredible feats and reaching new heights. However, more often than not, it’s the self-doubt that negative thinking that impedes us from reaching our goal.

Think about it. If Laura, a woman who is mentally challenged, and Les, a father in his mid-60s, can run full marathons—so can you!

Set your goal, and then reach it.

As we’re about to begin a new year, I want to challenge you to aspire to a new fitness goal. We live in an overly sedentary society. We need to be deliberate and intentional if we want to enjoy the blessings of great life and health that can result from being physically active.

This is how I recommend you to start: Begin just like Les and Laura did—one telephone pole at a time.

You’ve probably heard of the expression, “How do you eat an elephant? One bite at a time.”

Success begins with taking those gradual, bite-sized steps towards your goal. Don’t make your immediate goal to run a full 26.2-mile marathon, because you may end up getting discouraged and quitting.

A friend of mine once shared with me about how he had climbed to the top of Mount Whitney with no prior training. He said it was so difficult and taxing that he never wanted to do it again. But this isn’t the experience of most mountain climbers. Most climbers who have spent time in training thoroughly enjoy their climbing experience and can’t wait to do it again.

So, this is my advice to you: Start your journey with a realistic and attainable goal. Perhaps walk or jog in your first 5K. Start with manageable goals and, as your reach each goal, set another reasonable goal. Before you know it, you’ll be feeling great not only because of the amazing sense of accomplishment that comes with reaching your goal, but you’ll also enjoy the benefits and blessings that come with having a vibrant, physically active life.

It’s my wish for you that 2017 would be your greatest year. 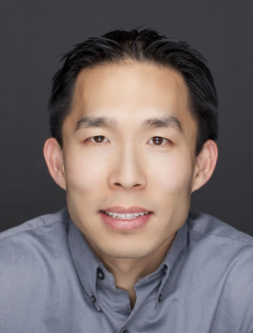 How To Eat Healthy When You're On The Go

Understanding Cancer, Part 1/5: What Is It?

3 Questions To Ask Yourself When Setting A Fitness Goal

How To Execute 3 Essential Exercises With Perfect Form

The 7 Keys To A Long And Healthy Life: Exercise