In the past several years, both in the media and in scientific literature, a lot of articles were designated to address the influence of drinking alcoholic beverages, especially red wine, on human health. Most of these articles dealt with the effect of red wine on cardiovascular disease. Epidemiological studies have shown that the French have a relatively low rate of deaths due to cardiovascular diseases compared with Americans and some other European countries, despite similar consumption of saturated fat in the diet. The fact that the French do not seem to get heart disease as often as Americans is attributed to them drinking more red wine.

The beneficial effect of red wine on cardiovascular disease is associated particularly with two compounds: resveratrol and saponins. One of the first experiments that investigated the impact of resveratrol on cardiovascular disease has shown that it lowers the risk of heart disease. However, the problem turned out to be how to translate the results of this research to humans. The study was conducted on mice, which were given a dose of 24 mg of resveratrol per each kilogram of body weight. Red wine contains about 0.2 to 3 milligrams of resveratrol per liter (this content depends on several factors). Thus, to achieve a similar effect, a person weighing 70 kilograms (about 150 lbs) would have to drink at least a few hundred to a few thousand bottles of wine each day. However, subsequent studies confirmed that resveratrol actually has a protective effect for the heart, and that alcohol improves the elasticity of the blood vessels and increases the so-called good cholesterol (HDL-cholesterol). That is why many health promoters (including some cardiologists) started recommending drinking a moderate amount of red wine to reduce the risk of cardiovascular disease.

The position of the American Heart Association, which does not recommend drinking red wine, or other alcoholic beverages, as a mean of lowering the risk of heart disease, may come as a surprise for many people. The position of this organization is based on the fact that there are at least a few problems associated with alcohol consumption. Drinking alcohol increases the risk of hypertension, stroke, becoming overweight and getting cancer of many organs, such as breast, larynx, esophagus, mouth, liver and colon cancer. Furthermore, people who drink alcohol are more likely to commit suicide, have a higher risk of motor vehicle accidents and alcohol addiction. High consumption of alcohol is also linked with depression, insomnia, kidney disease, and increased the risk of nutritional deficiencies (including protein, calcium, iron, phosphorous, zinc, vitamins A, C, D, B1, B2, and B6).

As mentioned above, the French have a lower risk of developing coronary heart disease and some other types of circulatory health problems. However, what is often overlooked when discussing disease prevalence among the French is that they have one of the highest rates of liver cirrhosis among all residents of European countries. In addition, the World Health Organization estimated that the mortality rate as a result of drinking alcohol in France is about one third higher than the average mortality rate caused by drinking alcoholic beverages in Western Europe.

At the end of 2007, two prestigious organizations, the World Cancer Research Fund and the National Cancer Research Institute, jointly published a document entitled “Food, nutrition, physical activity and the prevention of cancer, a global perspective.” This more than 500-page long document was based on over 10,000 scientific manuscripts contains eight simple recommendations that, according to these organizations, will contribute to the reduction of the risk of developing cancer. The sixth of them reads: “From the point of view of cancer prevention, the best dose of alcohol consumption is zero.” This recommendation is consistent with the latest review of research on the impact of alcohol on cancer, published in the Journal of the National Cancer Institute. The results of this review indicate that the greater the consumption of alcohol, the greater the risk of developing oral cancer (about 29 percent), esophagus (22 percent), larynx (about 44 percent), rectum (10 percent), liver (24 percent) and breast (about 12 percent). This review is one of the most important documents on the impact of alcohol on cancer due to the fact that it is based on research with a very large number of people (over 1 million). According to this meta-analyses, the risk of getting cancer increases proportionally to the amount of alcohol ingested. The following chart presents data on the risk of cancer of the various organs on the basis of the above-mentioned meta-analyses.

Figure 5. Meta-analysis results of the effect of alcohol on the occurrence of cancer.

The cardio protective effects of red wine are believed to be associated with the content of saponins and resveratrol. Red wine contains about 7.5 mg of saponins per cup. It should be noted, however, that saponins can be found in many other products such as chickpeas, lentils, soybeans, kidney beans, peanuts, peas, sesame seeds, oatmeal, asparagus, spinach and many others. Resveratrol, on the other hand, can be found primarily in the skin of red grapes (this is because resveratrol is found in red wine). Smaller quantities of resveratrol are also found in soybeans and peanuts. Thus, both of these phytochemicals can be obtained from other sources than red wine.

In order to reduce the risk of cardiovascular diseases, the American Heart Association recommends lowering cholesterol, blood pressure, decreasing body weight, increasing physical activity and eating a healthy diet. The American Heart Association also states that currently there is no evidence that drinking wine or any other alcoholic beverage can replace these recommendations. A diet based on plant products such as fruits, vegetables, nuts, seeds and whole grains is one of the best methods to reduce the risk of developing cardiovascular and other chronic diseases, such as cancer or diabetes. Even if moderate consumption of red wine may be protective for the heart, it increases the risk of some other health conditions, such as liver cirrhosis and cancer of several organs. Thus, heart disease prevention can be better achieved by adhering to a healthy diet and increasing physical activity. 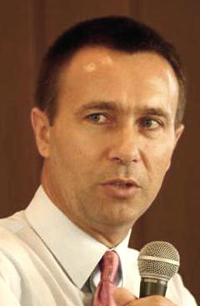