“Vegan? That can’t be healthy!”

“But…where do you get your protein?”

When someone mentioned veganism, it was considered bizarre and radical and conversations usually involved a lot of concern about protein intakes for the said vegan. But now, plant-based living has virtually exploded as rapidly increasing numbers of people are realizing the benefits of eating a plant-based diet. In the year 2017 alone, vegan products increased in demand by 987%*1. 987% for anything, anywhere is a tremendous change, but it’s especially remarkable in the United States, where “steak and potato” meals have been a staple for decades.

A study by the Natural Resource Defense Council*2 showed that Americans have decreased their beef consumption by 19% between the years 2005-2014, proving that the general public has a desire to stay away from meat products. There are many reasons why people may be choosing vegan options, such as protecting the animals, caring for the environment, or for religious reasons, but the primary reason seems to remain the same: health.

We have to ask ourselves the question, why are more and more people choosing vegetarian options? Perhaps people have become interested in health through documentaries.

It started with documentaries like “Fat Sick and Nearly Dead,” in which “normal Joe” Joe Cross goes on a 60-day juice fast, which ultimately propels him to lose weight, embark on a plant-based lifestyle, and reverse his autoimmune condition.

Then, there was “Food Inc.” which exposed the American food industry’s interest in quick profit earning rather than the general public’s welfare.

And of course, “Forks Over Knives” revealed the huge prevalence of disease in the U.S., and how eating a plant-based diet could actually help reverse many of those diseases.

“What the Health” is the latest of these films that attack the government and food industry for caring more about protecting their interest than protecting the American public.

I once asked several of my vegetarian and vegan friends why they made their dietary change. Every one of them said that health documentaries inspired them to do it. Media is a powerful mechanism that is so often used for negative purposes but in this case, we’re thankful for the waves of good that these documentaries have set into motion. 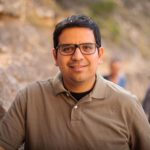