So you’re in this relationship and every time something goes wrong, whether or not you had anything to do with it, you end up saying Sorry! and taking the blame.

This can happen naturally between people, even if they’re emotionally healthy because sometimes we’re all blind to our own mistakes. But if it is an ongoing pattern, you might be dealing with a narcissist. And narcissists tend to become abusers over time.

One of the most common conversations I have with people in abusive situations (both in leadership and in marriages) revolves around questions such as:

How much should I shelter them from their own consequences?
Should I say sorry even when things clearly aren’t my fault?
How often should I keep covering for them so nobody finds out what they’re really like?
Should I keep adjusting my own behavior to not trigger the abuse, instead of holding them accountable for their own choices and actions?

It can be terrifying to stop taking responsibility for another person’s actions.

Often, it feels easier to shoulder the other person’s consequences than to confront the behavior pattern and risk the blow-up that may follow. It can be terrifying to insist on accountability when someone is hurting you and choose to only accept responsibility for your own choices, rather than taking on the weight of theirs. Abusive personalities will project blame for their actions to everyone around them, in full expectation of others picking up the load.

We are trained, perhaps even brainwashed, by the abusive person to accept that their perception of reality is always right.
To believe that confronting them equals being controlling.
To feel that pointing out areas that need change or growth must naturally be disrespect or paranoia.
We don’t like conflict, we don’t enjoy being blamed for motives we don’t have — so we cower, and retreat behind a smiling mask, say sorry, and stay silent…

This happens in corporate offices when that one girl keeps stealing credit for everyone’s ideas but nobody wants to be the one to “out” her, so she keeps on doing it to every new employee.

It happens when sexual abuse victims are too scared to speak out, too ashamed to admit what happened, and so the charming and trusted predator stays free to continue abusing with impunity.

It happens in families when there’s that one relative who makes everyone walk on eggshells at every family get together, because nobody wants to brave the firestorm that would come from an intervention.

It happens when wives keep secrets about their husband’s pornography addictions, while the entire family suffers from his secondary addictive cycles and the atmosphere of deceit and disengagement that ultimately results.

But consider another angle.

What if confronting your abuser — frightening as it may sound — is actually important for them to have a chance at healthy change, or even at eternal salvation?

What if refusing to accept the smallest referred or projected responsibility for the abuser’s actions, is the only way they will begin to understand what their choices do to other people, and how serious their behavior patterns are?

What if the victim’s silence is what allows abusers to keep on hurting other people unchecked; short-circuiting their opportunities for spiritual, social, and emotional growth?

What if an abuser needs to actually experience the pain of staring at their toxicity in the mirror, in order to decide whether or not they want to be healthy enough to submit to the process of transformation and developing healthy habits of thought and behavior?

Ultimately, to #lovewell means rejecting misplaced blame for the actions of others and accepting responsibility for our own decisions while having the courage to help our loved ones face their flaws, embrace the chance to change, and grow through the experience.

LETTING SOMEONE STAY TOXIC IS NOT LOVING THEM WELL.

In addition, returning responsibility for toxic behavior back on the abuser allows you to observe firsthand whether they actually have any intentions toward lasting change, rather than grasping at empty promises.

In healthy relationships between people who make human mistakes, there are going to be times when both parties screw it all up. Times when you both need to face yourself in all your ugliness and accept that you’ve hurt someone you love. We’re all selfish on some level, and sinful, and quick to judge.

The determining factor is what we do with that information.

Do you recoil in shock and horror at how you’ve caused pain, say sorry, and then pour immense effort into correcting the situation and making it right?

Does the other person, the one who acted in toxic ways toward you, accept their responsibility in the situation and genuinely work toward a healthy change?

Often, people will say sorry over and over again, but as soon as the heat of the moment has passed, it’s back to the usual. There’s never a lasting change. Never a sense of heart transformation. Never a significant effort at not making the same mistake or causing the same pain next time.

How Do You Know They’re Really Sorry?

If, when confronted with how their behavior is hurting others and given non-negotiable options for repentance and restitution, the abuser rejects the process, makes excuses, or insists it is everyone else’s fault — then you have your answer.

However, if they are willing to accept accountability, embrace humility, take responsibility, and communicate transparently throughout the process — then it is entirely possible for the relationship to journey toward healing.

This morning, I read an intriguing passage where Paul essentially tells the entire church at Corinth #sorry but #notsorry. Paul was sorry he’d needed to send a “severe letter” scolding the Corinthians about their sinful habits, but he’s not sorry that the pain and shock of the letter brought about healthy change.

“I am not sorry that I sent that severe letter to you, though I was sorry at first, for I know it was painful to you for a little while.
Now I am glad I sent it, not because it hurt you, but because the pain caused you to repent and change your ways.
It was the kind of sorrow God wants his people to have, so you were not harmed by us in any way. For the kind of sorrow God wants us to experience leads us away from sin and results in salvation. There’s no regret for that kind of sorrow. But worldly sorrow, which lacks repentance, results in spiritual death.
Just see what this godly sorrow produced in you! Such earnestness, such concern to clear yourselves, such indignation, such alarm, such longing to see me, such zeal, and such a readiness to punish wrong. You showed that you have done everything necessary to make things right.”
‭‭2 Corinthians‬ ‭7:8-12‬ ‭NLT‬‬

In other words, the unpleasant experience of hearing just how painfully toxic their behavior was, brought them to a cross roads. Ultimately, they took that pain, knew that it came from Paul’s deep love for them, and channeled it into growth.

Of course, that doesn’t always happen.

Sometimes people — especially those with narcissistic tendencies — refuse to acknowledge their behavior, or refuse to accept real responsibility. They may cry, say sorry, beg forgiveness, and act emotional — but if they are pressed for commitment to change or to openly admit fault, then the attitude changes to one of blame, projection, denial, and accusation. That’s when you know the repentance isn’t genuine. That’s the kind of sorrow Paul says “results in spiritual death.”

I hear this multiple times a week from heartbroken wives who are married to narcissists, addicts, and abusers. When caught, their husbands sound exceedingly sorry. But when held accountable, they spew vitriol and hatred, or deceitfully manipulate those who are insisting on healthy change.

Trapped in these cycles, wives shoulder the burden of keeping their abuser’s secrets — addiction, adultery, pornography, molestation, angry outbursts, etc — for fear that truthful transparency will bring painful consequences to the abuser they love. Paul’s message, however, urges us to view these situations as opportunities for those very same consequences to be a catalyst for authentic change. In other words, Paul’s philosophy would set free those who spend their lives covering a spouse’s sins to shield them from the fallout.

Throughout the entire Bible those who tried to hide their sin were consistently exposed in order to either repent or be punished. In fact, in every story where spouses or family members covered up someone’s sinful choice, those complicit in the hiding were punished equally. Think of Achan and his family, Ananias and Sapphira, etc.

It doesn’t include allowing abusive behavior to continue.
It never means accepting blame for someone else’s choices.
It means refusing to be manipulated and twisted into participation.

Loving well means speaking truth so others are not enabled to continue hurting themselves or those around them.
It means mustering the courage to reject blame that isn’t yours to take.
It means standing strong even when your abuser tries to make you believe their consequences are all your fault.

Loving well means doing the right thing for the abuser’s character — which doesn’t include shrinking away in silence, or allowing them to continue behaving badly toward you or other vulnerable victims.

If ever there was an appropriate time for #sorrynotsorry, it’s in speaking out against abuse. 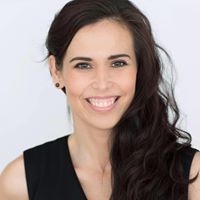 8 Ways To Reduce Your Risk Of Alzheimer's