In a results-driven society like ours, happiness is generally dismissed as secondary to the more “important” things in life like our careers, relationships and health. Work those things out and happiness will find you. In childhood we learn the song that teaches the effect of being happy and knowing it is… clapping our hands.  Great.

So how do we get happy? Typically, people take a short cut. The quickest, most immediate route to making the self satisfied; whether it’s through music, food, sex, climbing Everest or doing drugs. We often view the things we can do for ourselves as our primary source of happiness. We are pretty much born and raised with this mentality, so don’t be offended when I tell you that this approach to life is called “Egoistic Hedonism”.

Hedonism is derived from the Greek word for pleasure, hēdonē. Merriam Webster defines Egoistic Hedonism as, “the ethical theory that achieving one’s own happiness is the proper goal of all conduct.”

While some may be wondering whether I just berated their ego, others might recognize the definition as an intellectual term for their college life. This is beside the point, the question is: just how much does this approach to life actually boost our happiness?

The Problem with Hedonism

Of course music, food, Everest climbing and sex are necessary parts of life (well, most of those are technically optional). We tend to feel good when we do these things, but that’s not the issue. The problem arises when these everyday experiences are seen as the primary means of how we make ourselves happy. Scientists have discovered that humans have what they call the “hedonic treadmill”. The more people seek transitory satisfactions like food, sex and music for the sake of pleasing themselves; they end up becoming more indifferent or even dissatisfied by those same things that made them happy[2]. So with a hedonistic focus, what was once pleasing can actually become perturbing over time.

This is how the apparent ‘shortcut’ to happiness could actually end up short-circuiting your brain towards unfulfilling experiences. Part of this is because the nucleus accumbens, the part of your brain that responds to pleasurable stimulation, is linked to happiness. Think of it as the ‘happiness headquarters’ of the body. It’s actually the same place that researchers most associate with the process of drug addiction. It has the potential to ‘normalize’ itself to certain repetitive types of stimuli so that its signals get weaker and weaker, requiring stronger stimulation to repeat past pleasurable experiences.

But don’t worry—be happy—the cool thing is that hedonism isn’t the only way to stimulate this part of the brain. There is another route to happiness.

The Replacement for Hedonism

Whether one believes the reality of the story or not, the history of The Garden of Eden tickled my nucleus accumbens when I saw something in the story that I had never seen before. We have the tendency to believe that it’s only when something is naughty that it really turns out to be pleasurable. Like Eve eating the forbidden fruit.

But I was happily mistaken.

Right after God creates Adam, God places him in this garden that He calls Eden… which is pretty unexciting until you realize that the word means “pleasure” in Hebrew! Metaphorically and literally speaking, God does not put Adam where he has to selfishly pursue happiness; rather He places him right in the middle of it. Adam couldn’t get in there himself because according to the story, minutes before; he was just a lump of clay waiting to be formed. The Creator then proceeds to give Adam perfect food, the perfect job, the perfect spouse and weekend time off; things that (depending on your circumstance) make most of us happy!

The point is that this place called “Pleasure” was not some amusement park where people needed to seek out the things that made them happy; rather, it was the place where they saw everything that made them happy was already given to them. And here’s the kicker, that process of giving made not only Adam & Eve, but God Himself happy![3]

Not to get too mushy on you, but that’s love. Instead of happiness by taking, Adam & Eve observed happiness by giving—the exact opposite of egoistic hedonism. One might say that’s all fine and good for a religious story, but what is science saying in relation to this theory? In fact, science is saying a whole lot in favor of it.

Studies have already shown that when people have even the thought of giving to others, their happiness levels increase[4]. Other studies have even shown that when people were given money with the option to spend it on themselves or others, those who spent it on others were consistently happier than those who spent on themselves[5].

But it’s not just the data that is surprising. When researchers themselves start coming to astonishingly philosophical conclusions, then it’s time to pay attention. In the Harvard Grant study, one of the most significant studies of the effect of happiness on the lives of men, the secret to happiness was summed up by its lead researcher like this: “The seventy-five years and twenty million dollars expended on the Grant Study points to a straightforward five-word conclusion: Happiness is love. Full stop.”[6]

I honestly was quite blown away when I read that healthy social connections are actually the greatest determinant in whether you will be happy or not[7]. We tend to hear that the path to happiness is a journey within ourselves, but it appears the data is saying otherwise. As surprising as it may sound, the surest, most lasting path to personal happiness leads through the lives of others.

We’ve only scratched the surface here, but with the benefits of happiness being so broad as to benefit our careers, our relationships and our health; the hope is that more people would start trading in the life of Hedonism for a life of Edenism. Who knows? Maybe the doctor of tomorrow’s prescription might be: “Go help out two people and then don’t call me in the morning… because you probably won’t have to”. 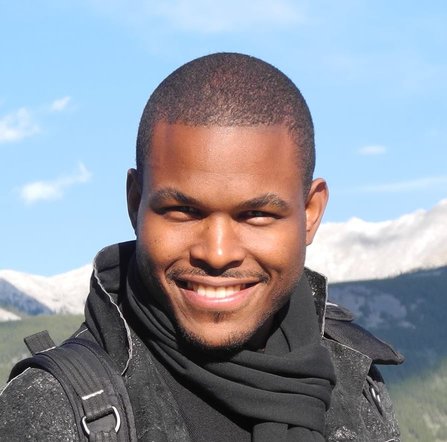 is a fun-loving guy with an interest in happiness and how we can obtain it. He is also a musician and the brains behind http://www.certainsound.org/