You might be known and loved by your kids, friends, and neighbors for a mac ‘n’ cheese or fudgy chocolate cake recipe that tastes incredible, but packs an unhealthy punch.  You know this, and you want to do something about it.

But knowing how to lighten your favorite recipe can seem confusing. Should you replace all the butter with applesauce? Steam instead of deep-fry? Substitute low-calorie sweeteners for sugar? And after you’ve made all these adjustments, will you recognize your trusted treat?

No. No. No. And yes. The section below lists basic ways to lighten your favorite recipes, without making them unrecognizable. Rather than make every possible change to Aunt Dee’s Decadent Delight at the same time, try these modifications one at a time.

For example, in a breakfast bread recipe that calls for large quantities of sugar and butter, don’t try to use applesauce and prune puree instead. Chances are that the recipe will taste “funny,” and if you do eat it, each piece will remind you of what it could have been. So, try making smaller changes first, then tweak the recipe as you go.

Don’t worry: before your oatmeal raisin cookies turn into a handful of dry oatmeal with a raisin on top (the beginning of a great granola), remember that food should be enjoyed. We need a certain quantity of calories, fat, carbohydrates, etc. every day. The trick is to find healthful ways to make a dish’s flavors and nutritional profile complement each other. Also remember that when you embrace a more health-conscious lifestyle, your food preferences may gradually change, too—and that vegan granola might not look so bad, after all.

Opt for low fat, fat-free products, or a combination of both, instead of full-fat dairy ingredients. For example, try using nonfat Greek yogurt instead of full-fat sour cream as a garnish for soup. Or, consider using a dairy alternative such as soymilk or almond milk, which will decrease the amount of saturated fat and cholesterol in the recipe overall.

“I would rather trust a cow than a chemist,” said Dr. Joan Gussow, a food pioneer who inspired Michael Pollan and Barbara Kingsolver. Whether or not you follow a vegan diet, Gussow’s ideas about natural, rather than processed, ingredients, still apply. Rather than trying to eliminate fat from your diet, look at ways to reduce it (but make sure you still get enough!).

Butter: In savory goods, if a recipe calls for copious amounts of butter, try replacing it with extra virgin olive oil, aka EVOO, coconut oil or canola oil that has not been genetically modified (labeled as non-GMO or containing no GMOs).

In sweet baked goods, don’t try to eliminate all the butter at once.

Quinoa. Teff. Brown rice. Amaranth. Barley. Oatmeal. Whether you choose a familiar name or meet a new whole-grain friend, consider ways to add unrefined grains to your favorite recipes. You probably already know that whole grains are healthier than refined grains, because whole grains contain all the nutrients of the grain seed—bran, germ and endosperm—while “white” or refined grains no longer have their same natural composition (the nutrient-rich bran and germ are generally removed).

Note: Make sure that your bread is 100 percent whole grain by checking the ingredients list. If you see “unbleached enriched flour,” “enriched flour” or similar items, move onto the next package.

One of the easiest ways to add vegetables and fruits to your diet is to simply add more of them to your recipes. Currently, the United States Department of Agriculture and Department of Health recommends that we fill half our plate with fruits and vegetables. Rather than focusing on the processed foods that healthier cooking decreases in your diet, concentrate on the deliciously wholesome foods that healthier eating encourages.

You might notice: A more moist dish, especially if adding more vegetables or fruits to baked goods. If this becomes a problem, try decreasing the ratio of wet to dry ingredients.

As much as possible, include unprocessed, “whole” foods without a lot of salt, sugar or fat added. When a recipe calls for packaged or processed goods, such as breadcrumbs, opt for a brand that contains less salt, sugar or fat than most. This allows you to better control the final product’s taste and nutritional value.

If one technique for lightening a recipe doesn’t work, don’t give up hope. Try a different variation, and look at similar recipes to see how others deal with, for example, vegan macaroni and cheese (hint: it can involve anything from cashew cheese to pureed cauliflower). Keep an open mind—and an open mouth. 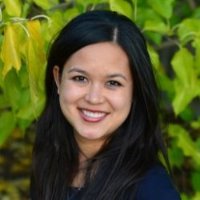 The Power of Motion

Sticking to Your Resolutions