The old adage, “an ounce of prevention is worth a pound of cure” still holds true today. Current research is taking a closer look at the natural world and how the foods we consume actually protect our cells and nourish our bodies.

There are some foods that are commonly found in the grocery store that have clinically confirmed health benefits for our immune system: broccoli, garlic, and mushrooms. Hundreds of studies have found a wide variety of active properties in these three vegetables, which result in strengthening the body’s immune system.

Garlic belongs to the allium plant family, which includes onions, leeks, and shallots. Ancient writings tell of garlic being used, not only as a culinary herb, but also as a natural remedy. Clinical research has confirmed that garlic possesses powerful healing properties.

Garlic is effective in a variety of ways, and has clinical evidence for enhancing immune function. One recent controlled trial showed that organosulfur compounds activate immune cell properties that can regulate a number of cellular functions, including inflammation and cell death or survival1,2. Another study carried out by researchers at the University of Sydney found that dietary garlic protected hairless mice from UV radiation damage3.

Dr. Benjamin Lau is an immunologist, surgeon, researcher, and former professor at Loma Linda University School of Medicine. He conducted and reviewed extensive research on garlic and garlic extracts. In his studies, Dr. Lau found that aged garlic extract enhanced immune cell activity by generating an oxidative burst while other commercial preparations did not4.

How to make it practical: Dr. Lau and other researchers recommend making garlic a regular part of your dietary pattern by eating at least one clove of raw or lightly cooked garlic per day.

Broccoli is a member of the cruciferous plant family and is incorporated in a diversity of culinary cuisines. Cruciferous vegetables have recently gained notoriety due to their anti-cancer, protective properties, namely a phytochemical compound called sulforaphane.

Animal and human studies have demonstrated a correlation between increased cruciferous vegetable intake and a reduced risk of various cancers, such as lung and gastrointestinal cancer4. Sulforaphane is indirectly involved in immune function by eliminating reactive anti-oxidant species (ROS) and enhancing anxtioxidant cellular activity4. Sulforaphane also induces cell cycle arrest and apoptosis (programmed cellular death) in cancer cells4. Additionally, sulforaphane has been shown to reduce inflammation and inhibit the growth of established tumors4.

How to make it practical: One of the best ways to get high amounts of this anti-cancer compound in your diet is to consume broccoli sprouts4.

In one recent study, Korean women ate 10 grams of mushrooms (the equivalent to about 1 mushroom cap per day) had a 64% decreased risk of breast cancer6. Even more impressive, Chinese women who consumed 10 grams of mushrooms and consumed green compounds from green tea daily had an 89% decrease in risk for premenopausal women7. Other studies show that mushrooms have specific compounds that enhance the immune system and found increased immune cell activity in patients with lung and breast cancer8, 9.

The combination of mushrooms and green compounds are a potently powerful, anticancer, immune-boosting concoction. Theoretically, there’s an even greater significance in the simultaneous consumption of garlic, mushrooms, and broccoli. Therefore, if you are deciding on making a vegetable entrée, such as a stir-fry dish, then make sure that it features plenty of broccoli, garlic, and mushrooms.

Find more tips at Jessica’s blog, Plant Based World, which focuses on the prevention and reversal of disease through a plant-based lifestyle.

4 Herr I, Buchler M. Dietary constituents of broccoli and other cruciferous vegetables: implications for prevention and therapy of cancer. Cancer Treatment Reviews. 2010; 36: 377-383. 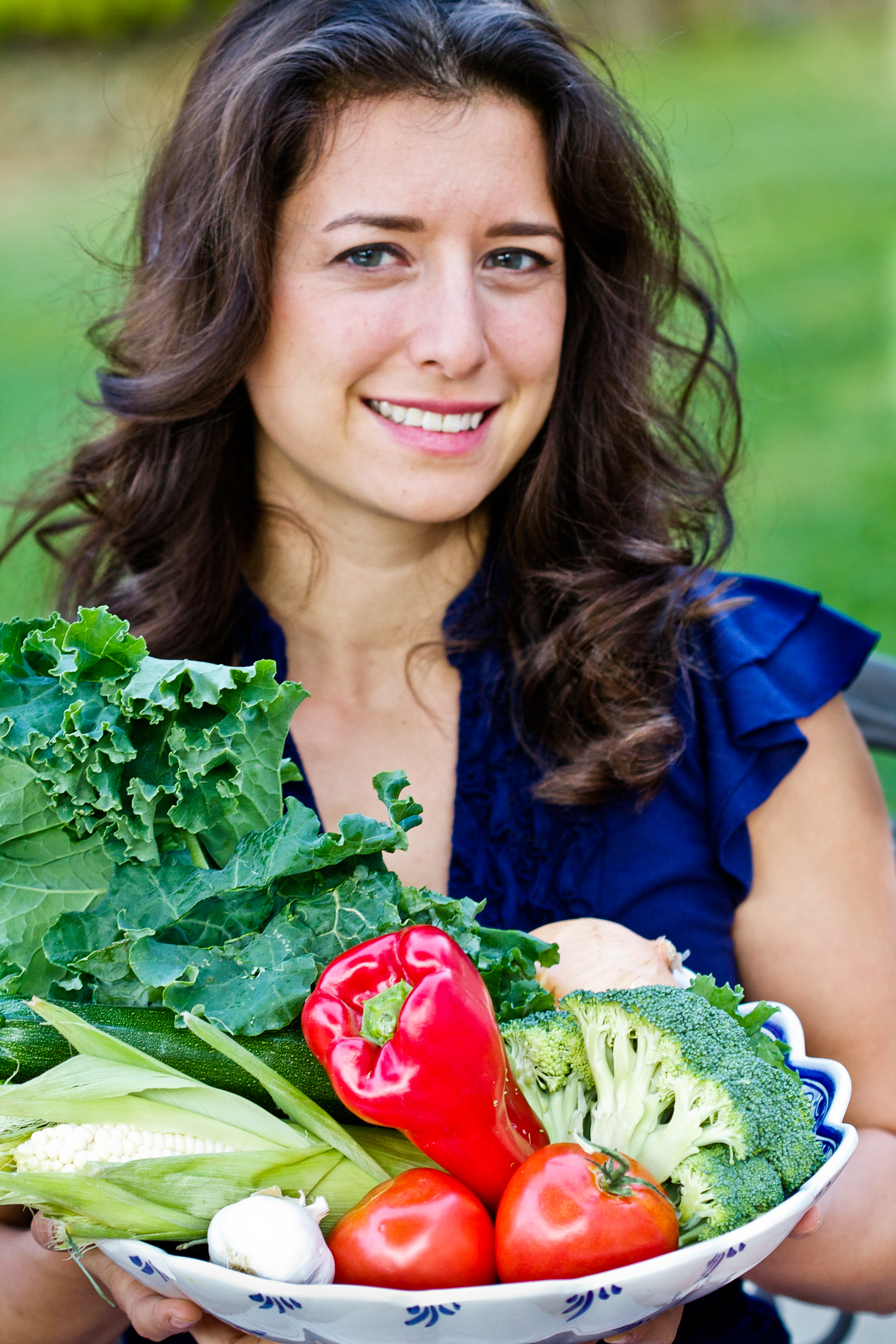 Jessica Vierra is a registered nurse, registered dietitian nutritionist, and violinist. While music and healthcare are dear to her heart, Jessica enjoys leading out in community nutrition programs, writing health articles, and providing nutritional counseling to clients. She graduated from Bastyr University in June, 2015 with a Master of Science in Nutrition with Didactic Program in Dietetics and completed a dietetic internship through California State University, Long Beach. Jessica and her husband, Daniel, reside in Lodi, California with their calico kitten, Crème Brûlée.

3 Tips to Make You (And Your Heart) Happy