Looking for ways to improve your emotional and mental health? Food plays a bigger role than you may think! When I learned the strong connection between the mind and our digestive system, it inspired me to take charge of my health.

Wrong eating and drinking habits negatively impact our thoughts and actions. Unrestrained appetite and indulgence will cause poor reasoning, making it easier to give into debasing things. To make good blood, you need good, healthful food. When the digestive organs are taxed, it weakens your mental capacities. Practicing temperance in eating can help you become a more patient person. This is because self-control of the appetite is exercised, thus ruling out instant gratification.

Eating a balanced diet rich in vegetables and fruits helps with feelings of wellbeing, according to a study published in 2014 (1). The opposite is also true. Poor nutrition also leads to physical health problems, which affect how we feel and think.

The mind sympathizes with the stomach. The pneumogastric nerve is what establishes this connection between the brain and the stomach (2). Overeating causes our minds to be clouded, forgetful, and irritable. Keeping our stomach in a healthy condition will keep the mind vigorous.

It’s likely that we eat without a care in the world, not realizing how significant of a role nutrition plays in your mental health. Proper nutrition is essential for our nervous system to work efficiently.

The link between depression and nutrition 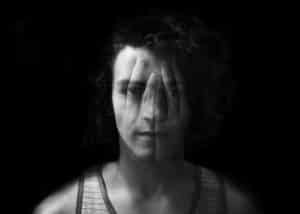 depression and anxiety. Depression and anxiety are often thought of as mysterious disorders shrouded in shame. Depression is commonly thought to be based on a chemical imbalance or unstable emotions. Although they may well play a role, it’s often nutrition that surprisingly plays a significant role in the onset, duration, and intensity of depression.

Common symptoms of depression involve skipping meals, craving sweets, and having a poor appetite. In a word, the solution for depression lies within the depression itself. Prior to depression, these unhealthy habits lead to depression.

Common mental health disorders have been connected to nutritional deficiencies

All of the above disorders were linked to severe deficiencies of the following:

Could taking supplements help reduce the symptoms of the above disorders? Personally, I notice a negative change in my overall mood when I’m not regularly consuming fresh fruits and vegetables. A diet rich in vitamins and minerals direct from whole fruits and vegetables themselves is best. However, in the case of severe deficiency, both natural and supplement sources should be taken to help build up efficiency.

Since medications contain side effects, long period of usage causes patients to skip them altogether. This becomes an issue because it places them at higher risk for life-threatening cases such as overdosage, suicidal tendencies, and drug toxicity. At this point, it seems as though there is no workaround to this. Fortunately, alternative forms of therapy are available. Nutritional supplements can reduce symptoms and help alleviate mental health issues (4). Taking these supplements daily has been found to reduce the symptoms so often attached to depression and other common mental health disorders.

Amino acids are converted to neurotransmitters, which help alleviate symptoms. Neurotransmitters are chemicals released from a nerve cell to another nerve, muscle, tissue, or organ. It is essentially the messenger of information from one cell to another. There are six neurotransmitters, and they each play a role in muscle contractions, heart rate, digestion, memory, learning and mood regulation, regulation of sleeping, eating, and moderation of mood, movement pleasure, and pain. The lack of proper amino acids in the body negatively impacts these functions, thereby causing disorders. For example, a low level of serotonin, one of the six neurotransmitters, has been linked to suicide. Neurotransmitters are converted from amino acids and it is important to supply the body with it externally since the body cannot produce it on its own.

A major source of serotonin is found in the following food sources:

What are the common signs of low serotonin levels?

What is the current state and outlook of mental health disorders? Pardon the pun, but these figures look quite…depressing, but I hope that through this article you’ve learned that you have the ability to prevent, manage, or reverse your mental disorder.

What’s the future of depression?

Why has there been such a massive increase in mental health disorders?

The focus of treatment has been to correct chemical imbalances and emotional instability in the brain. The scientific evidence, however, clearly shows that these disorders are not entirely in our heads, but also in our bodies. What about the current food system? The growing amount of processed and chemical-laden foods are not supplying the nutrients necessary for us to function properly.

This phenomenal link between mental health and nutrition isn’t a new concept. It is quite clear that these fundamentals have been lost in the sea of new medical research and interventions. This article suggests that although there is room for medical research, the fundamentals cannot be ignored.

The main ingredient discussed in this article has consistently been about nutrition. It is important to note that lifestyle medicine addresses the entire mechanism—the lifestyle of the individual and looks at the overall root cause of a disease or ailment. I like to refer to an easy acronym—NEWSTART. Newstart consists of eight “laws of health” that are the central key elements of attaining a vibrant life.

Extensive research has linked the connection that was missing between the rise of mental health disorders, and the surety that it can be improved. Cheers to the hope of happy and healthy individuals now and in the future! 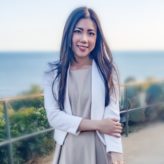