The belief that broth is a healing agent for various maladies has persisted for centuries. Lately, in conjunction with the rise in popularity of the Paleo diet, bone broth has experienced a tremendous jump in acclaim and has been touted to have amazing healing properties. Among these are an improved immune system, stronger bones and joints, the ability to treat and avoid the common cold, and to have properties that will heal the leaky gut. It has even been touted by some to be The Elixir of Life.

Collagen, on the other hand, will more readily dissolve from the bone marrow and become part of the broth. Collagen is a vital protein in many areas of the body. But collagen cannot be absorbed directly or used by the body to help those achy joints or beautify the skin. Collagen protein is broken down when digested and the component amino acids are then absorbed and used throughout the entire human body.

There are several nutrients important in the maintenance and formation of collagen in our bodies. Two essential nutrients are vitamin C and manganese. Animal products like bone broth have very little vitamin C or manganese, but there are many plant foods that are great sources of these nutrients!

Plant foods also have phytochemicals, some that can safeguard our DNA and impart an anti-aging affect. Conversely, bone marrow contains fats such as arachidonic acid that contribute to the age promoting process of inflammation.

Perhaps the oldest claim regarding bone broth is that it helps to cure the common cold. In the only published study I could find, chicken broth soup had a mild anti-inflammatory effect that may speed recovery from a cold. However, It should be noted that chicken  soup almost always usually contained significant amounts of vegetables which are known to be anti-inflammatory. Further study on the possible anti-inflammatory property of chicken soup might be in order, comparing pure vegetable broth with pure chicken broth.

Animal sources of food are known to be sources of inflammatory mediators such as arachidonic acid and cortisol. They are also sources of high levels of bacteria and bioamplified toxins and pesticides.

Looking at just how bacterial exposure increases one’s risk of inflammation and autoimmune disease is sobering.

Inherent to the cell membrane of gram negative bacteria are toxins called lipopolysaccharide (LPS). LPS causes intense inflammation and is associated with diseases of the immune system. Unfortunately, LPS is heat resistant, so cooking your meat and bones well will not get rid of LPS.

A huge amount of the drugs in this country are used in animal production, resulting in large numbers of drug resistant bacteria being in your food. When animal based foods are brought into the kitchen, they bring these drug resistant organisms with them. Studies find that eliminating the germs transferred from the carcass to hardware in the kitchen is nearly impossible. These exposures will all have an effect on the gut and immune system.

Bone broth may be a comfort food for many people, but there are no studies to support the claims of bone broth healing the leaky gut and as a therapy for health, it fails to live up to the hype. As you learn more about the inflammatory effects of animal versus plant based foods, I hope you will understand better how a plant based approach to healing is supported by scientific study.

A plant based diet is the best option to restore a healthy microbiome, decrease inflammation, and heal the gut. We want to help show you how to make the transition. Check out our Autoimmune Recovery Plan, a 4-week online course starting October 28, 2019. You’ll get to engage daily with me, Joyce Choe, MD, MPH and Mercy Ballard, RN. Mercy founded and runs Year’s Restored, an autoimmune lifestyle center located in northern California where hundreds of people have found relief from autoimmune diseases–all on a plant-based diet. Check out our online course!

As well, if you sign up for the course, you get our cookbook, The Autoimmune Plant Based Cookbook which goes into the protocol for repairing leaky gut with a plant-based diet. We encourage you to signup for the 4-week course today.

Check out these other articles:

“Eat Your Vegetables” – How To Get Our Kids To Actually Do It, And Like It! 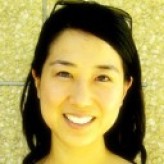 Joyce Choe is a board certified ophthalmologist living in the Pacific Northwest. Due to her own struggle with autoimmune disease, she is fascinated to learn about how diet and lifestyle choices affect chronic disease and how to use safe and natural remedies to further promote healing.

When Choosing A Health Plan, What We Can Learn From Frankenstein