Yes, Gordon Ramsay, the chef known for disparaging and strongly disagreeing with vegan food went on the hit TV show Masterchef and created a (beautiful) vegan dish. It was a vegan cook-off against his longtime friend and Riverdale actress Madelaine Petsch, who’s been vegan since she was 14 years old.

On the show, both Chef Ramsay and Petsch were given a “mystery box” that, much to Chef Ramsay’s dismay, revealed exclusively plant-based ingredients, which they had to use to cook a delicious dish in thirty minutes. 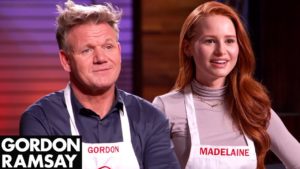 And so, it seems that even the most notorious of hardened, anti-vegan celebrity chefs are opening up to the idea that plant-based can be delicious. He even made his opinion public when he later tweeted: “Going to give this whole #vegan thing a try. Yes guys you heard that right. Gx.” In April of 2018, Chef Ramsay began serving “bottomless vegan pizza” at his new London pizza restaurant, Street Pizza. Coming from someone who so adamantly opposed the vegan diet, Chef Ramsay’s endorsement is an example of the rising success of a healthy plant-based diet.

Why is it that the utilization of the plant-based diet is becoming more well known?

One reason is the numerous documentaries related to the plant-based diet, such as What the Health, Forks Over Knives, and Food Matters. It seems that media has been highlighting the importance of good health. perhaps because of the rise of lifestyle-induced diseases such as cardiovascular disease and diabetes. 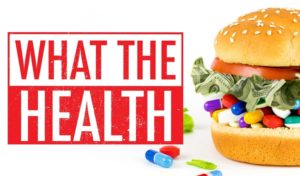 There has always been a push for fitness and health, but now the focus seems to be on what can prevent and reverse chronic diseases. Sometimes a person may think that they are healthy because they work-out every week, but the “fuel” they put into their body is increasing their risk of chronic diseases. The world seems to be waking up to this truth.

How can you make the change?

Sure, it’s possible to quit “cold Tofurky” but it can be quite difficult to make such a drastic shift from the foods you’ve been eating your entire life. For me, I’ve realized that the way one prepares and seasons a dish can completely determine their ultimate opinion on the dish. You can turn off someone’s taste buds to certain foods if you prepare it poorly. For example, most people have an unpleasant association with broccoli because they’d usually eaten it steamed and unsalted, while on the other hand, lightly stir-fried broccoli with garlic and soy sauce can be an entirely different and delicious experience.

When someone decides to become vegan or vegetarian, it can be a pleasant experience or it could be a very negative experience. This could be because new vegans don’t know how to cook with, say, tofu, or hasn’t grown used to cooking primarily with vegetables. 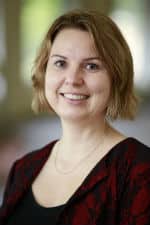 Meat substitutes are an easy option for those looking for a smoother transition, although they aren’t of optimal nutritional quality and you should still supplement with fresh produce. Hana Kahleova, clinical researcher for the Physician’s Committee of Responsible Medicine (PCRM) confirms that they can be helpful during the dietary change. She says,

“Processed plant-based foods like veggie sausage, bacon or vegan cheese can be useful for some to use as transition foods, because they provide the taste of animal products people are accustomed to consuming, with fewer health risks.. .While they may not be as healthful as whole plant foods, they’re often much lower in cholesterol, fat, and saturated fat than animal-based foods.” – Kahleova

Some popular meat substitute companies include Quorn Foods, Linda McCartney, Oumph!, Impossible Foods, Tofurky, and Beyond Meat, and are now available at most major supermarkets. Never before has it been easier to find plant-based options, so try incorporating these transition foods to help your taste buds become accustomed to the plant-based diet. 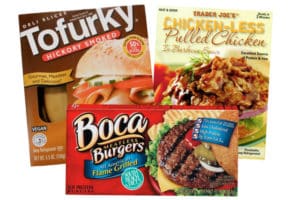 What I’ve learned from becoming vegan myself is that plant-based food can be just as flavorful and tasteful when seasoned and prepared correctly. Also, too much of a good thing can also cause problems too. Limiting processed foods—even vegan processed food—is better for your health altogether. If you weren’t used to eating vegetables because you found them tasteless and boring, you’ll be surprised to find them bursting with flavor as your body and taste buds adjust to your new found life-giving diet.

“Often, as people experiment more with plant-based foods, their taste buds change… They rely less on these processed foods and more on whole plant foods. There are also many great plant-based replacements made from healthful, whole foods, for example, veggie burgers made with beans, rice, and vegetables.”  – Kahleova

Springtime Allergies? Say "No" To Dairy