Does the thought of living a healthy lifestyle ever seem overwhelming to you? There are so many things to remember, so many new habits to form. Have you ever wanted a simple solution? Wouldn’t it be great if you could just flip a switch to turn health on or to turn disease off, just like you turn on and off the light?

Believe it or not, you can. Inside your genetic makeup are thousands of health switches and disease switches. You have the power to turn them on or off.

Epigenetics comes from the Greek word “epi,” which means over or outside of, and genetics. It refers to the factors that influence gene expression, independent of the genes themselves.

You may have learned in biology class that your genes will determine your destiny. You inherit 23 chromosomes from your father and 23 from your mother. They might be good genes and they might be bad genes, but there’s nothing you can do about it.

Well, it turns out, that’s not really true. Although we can’t alter our DNA, we can change the way it expresses itself. To put it simply, we can turn good genes on and bad genes off. Let’s look at a few examples:

Each year, almost 30,000 American men die of prostate cancer. 1 out of every 6 men will develop this disease. Prostate cancer is the second leading cause of cancer death in men. This devastating illness can teach us an important lesson about epigenetics.

Dean Ornish, a highly respected physician and researcher, was curious to see if healthy lifestyle habits could influence gene expression in prostate cancer.

He spearheaded a study that followed 31 men with low-grade prostate cancer for 3 months. These men had opted out of traditional treatment methods such as chemo and radiation. Dr. Ornish’s plan was simple. For three months the men did four things:

The participants underwent genetic testing before the study began and after it was over. The results were astounding! In addition to losing weight, lowering cholesterol and blood lipids, and improving blood sugars, the participants experienced major epigenetic changes. Over 500 genes were affected. 453 disease-promoting genes that were active before the study were now deactivated and 48 cancer-fighting genes that were inactive were now activated. Just three months of healthy habits had turned the good genes on and the bad genes off.

Is it possible for diabetic patients to experience similar results? Dr. Ornish believes so. “It’s an exciting finding,” he reported, “because so often people say, ‘Oh, it’s all in my genes, what can I do?’ Well, it turns out you may be able to do a lot. In just three months, I can change hundreds of my genes simply by changing what I eat and how I live. That’s pretty exciting! The implications of our study are not limited to men with prostate cancer.”

We can learn another epigenetic lesson from a story that I like to call “The Tale of the Fat Yellow Mouse”. These two mice look very different. One is obese, the other is lean. One is yellow, the other is brown. One is sick, the other is healthy. But believe it or not, these mice are genetically identical. How is this possible?

Dr. Randy Jirtle, a leading expert in the field of epigenetics, did a fascinating experiment on Agouti mice. These laboratory mice are genetically bred to be obese. They are born with a yellow coat instead of a brown coat. These poor mice are genetically wired to gain weight rapidly and to develop diabetes, heart disease, and often cancer. They give birth to more Agouti mice, and the cycle of disease continues.

Because of his interest in epigenetics, Dr. Jirtle decided to do an experiment on the Agouti mice. He wanted to see what would happen when the mice were fed a special nutritional supplement in addition to their regular mouse chow. Imagine his surprise when the fat, yellow mice soon began giving birth to lean, healthy, brown-coated mice. These brown-coated offspring weren’t at risk for the diseases of their parents. At first, Dr. Jirtle and his team of researchers thought that the Agouti gene had changed in the offspring. However, testing revealed that the healthy brown mice had the exact same gene as their parents – it simply wasn’t activated anymore. It had been switched off through diet.

This is exciting news. A simple nutritional change made a profound genetic difference. Not only can our health choices improve our own genetic outcomes, they can also influence the health of future generations.

“Epigenetics is proving we have some responsibility for the integrity of our genome. Before, genes predetermined outcomes; now, everything we do-everything we eat or smoke- can affect our gene expression and that of future generations. Epigenetics introduces the concept of free will into our idea of genetics.”

So what exactly is free will? The dictionary defines it as: the ability to make choices that are not controlled by fate. What an empowering thought! If you are struggling with type 2 diabetes, prediabetes, or any other lifestyle-related disease, you don’t have to accept that disease as your destiny.

Health has much more to do with choice than chance.

So why not start today? Every choice counts. Go for a walk. Eat some fresh vegetables. Go to sleep early. The simple choices you make each day will soon begin turning your good genes on and your bad genes off.

Photo by Ander Burdain on Unsplash 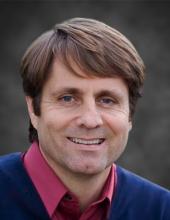