You may have noticed that, in the past couple decades or so, vegetarianism and particularly the plant-based diet have become somewhat “cool.” Nowadays, there tend to be more plant-based options on restaurant menus than “salad” or “garden burger.” 100% plant-based restaurants like the Native Foods Café chain re rapidly gaining in popularity among omnivores and vegetarians alike. People seem to be searching for something better than the meat and potatoes that was standard fare on American tables since the beginning of our history.

But why is this happening now? It may be the result of many issues coming to a head. Obesity is an epidemic, along with diabetes, heart disease, and countless other lifestyle-related ailments. Most of us spend the majority of our day sand evenings sitting—in front of our computers at work or in front of our televisions at home. Most restaurants and even our own pantries are brimming with high-fat, high-sodium, high-cholesterol foods in enormous portions that do nothing but provide immediate gratification and permanent damage. In brief, our lifestyles have grown increasingly sick, and we know that we must do something about it.

And so now we’re here—you and I—reading an article about change and simplicity. But vegetarianism, and even veganism, is nothing new. People have been living this lifestyle throughout history; their reasons are varied, but they boil down to a few simple categories. Let’s take a look.

Many world religions promote a vegetarian diet based on the belief that killing for food when other options are available is morally wrong, or based on the belief that we are spiritually responsible for our physical bodies. Now that factory farming has become widespread, disease-laden meat products and animal welfare concerns underscore the imperative to avoid consuming animal products based on both these religious principles. The first precept of Buddhism is to avoid killing any living being; thus, many Buddhists are vegetarian. Many Hindus are also vegetarian. Important aspects of Hinduism are reincarnation and karma, and Hindus believe that all souls, upon death, are reborn as another person or animal. Out of respect for these souls, many Hindus follow a vegetarian diet.

The Jain religion shares these ideas of reincarnation, karma, and nonviolence, but is perhaps unique in that vegetarianism is uncompromisingly demanded of all its followers. The Jewish religion also has ties to vegetarianism, from ancient groups such as the Essenes to modern Jews. Many base their vegetarianism on the fact that the first diet commanded by God was a vegetarian one:

“God also said, ‘I give you all plants that bear seed everywhere on earth, and every tree bearing fruit which yields seed: they shall be yours for food.’” – Genesis 1:29 NIV

Throughout history, Christians have also practiced vegetarianism. Christianity teaches compassion and sanctity to life. However, the cruelty often found in today’s factory farms can be hard to reconcile with that ethic. The Bible also obligates Christians to respect their physical bodies. For example, 1 Corinthians declares that our bodies are “the temple of God,” and Christians interpret this as a call to temperance in diet and lifestyle. Knowing the deleterious effects of animal-based foods, especially as advances in nutrition, ecology, and agriculture shed further light, Christian principles favor a plant-based diet.

Nonviolence toward all life

Nonviolence toward all forms of life is a concept that has prevailed in many traditions. In the 13th century, St. Francis of Assisi said,

“If you have any men who will exclude any of God’s creatures from the shelter of compassion and pity, you will have men who will deal likewise with their fellow men.” 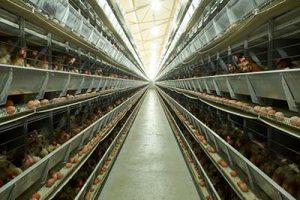 Isn’t that striking? It hits at the heart of who we are as human beings. Can we really live peaceful, loving, and self-sacrificing lives when we’re simultaneously taking the lives of animals for food? And could violence toward animals perpetuate violence toward each other?

Leo Tolstoy believed this, stating, “As long as there are slaughterhouses, there will be battlefields.” These words are especially relevant today in light of dirty, sprawling, machine-like factory “farms” and the downright abusive conditions therein. Gone are the days of the small family farm where cows, pigs, and chickens roamed freely and grazed and leisure. Today, animals are fed unnatural fodder and are injected with drug after drug. This is done not only to prevent the disease that is likely to spread in such unsanitary conditions, but also because factory farmers have found that certain drugs accelerate tissue growth and milk production. Basically, the lives of factory-farmed animals are now moving at warp speed with the help of drugs. Their lives are for one purpose: to be turned into food as cost-effectively as possible.

Consider a quote by Gandhi, in which he claims,

“The greatness of a nation and its moral progress can be judged by the way its animals are treated.”

Given this statement and the current conditions of our farm animals, what’s become of our morals?

The ethics of a plant-based diet stretch far beyond the cost of animal life, especially today. We see messages about “greening” our planet everywhere: on T-shirts, billboards, even in movie plots. How does eating meat factor into this message? 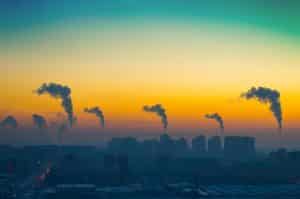 Today, factory farming accounts for 37% of methane emissions. Methane has more than twenty times the global warming potential of carbon dioxide. The use of fossil fuels on factory farms to grow feed and to intensively raise land animals for food emits 90 million tons of carbon dioxide worldwide each year. Globally, deforestation for animal grazing and feed crops is estimated to emit 2.4 billion tons of carbon dioxide every year. According to a study done by the Environmental Integrity Project, some factory farm test sites in the United States registered pollution emission levels well above Clean Air health-based limits.

Environmental concerns aside, the fact is clear: if the world were to give up the practice of eating meat, we would have accomplished the greatest step toward ending starvation across the entire planet. The following fact was reported by David Pimentel, professor of ecology at Cornell University:

“If all the grain currently fed to livestock in the United States were consumed directly by people, the number of people who could be fed would be nearly 800 million.”

And the words of Albert Einstein ring true:

“Nothing will benefit human health and increase chances for survival on Earth as much as the evolution to a vegetarian diet.”

Now let’s put the well-being of animal species, our planet, and hungry continents aside for a moment. Let’s focus on you and your personal health.

In addition to this, many of the ancient Greeks and Romans acknowledged the incredible value of a healthful diet. Hippocrates, often considered to be the founder of Western medicine, famously admonished mankind to, “Let thy food be thy medicine.” Many of the ancient philosophers themselves were vegetarians (or at least ate very little meat). In fact, until just a couple hundred years ago, the vegetarian diet was actually referred to as the “Pythagorean diet” in honor of Pythagoras, a Greek philosopher, mathematician (remember the Pythagorean theorem?), and vegetarian advocate.

It’s not only your physical health—your brain likes plants, too. It’s been shown that a clearer mind, improved mental capacity and performance, and heightened awareness of spiritual issues are often results of maintaining a plant-based lifestyle. Benjamin Franklin, who was often chided for his vegetarian diet, said that he was rewarded with “greater clearness of head and quicker comprehension.”

It’s pretty incredible when you consider the context of then and now. Back then, meat production looked very different from the large-scale, machine-like production that it is today. Simply put, it was much more natural and wholesome because natural and wholesome was the only thing available. Ironic, isn’t it? Now, we should pay special heed to their advice, as the quality of animal products today is nothing short of troublesome.

You see, it’s all interconnected 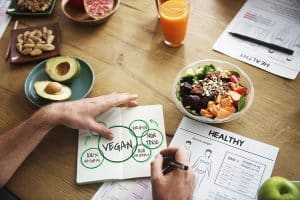 As you navigate your way through this a plant-based diet, keep all of the above “reasons” in mind. Speaking from my own personal experience and the testimonies of many friends and family members, it’s simply unsustainable to just pick one reason off the list and embark on a plant-based journey with full confidence. Often, those who choose a vegan lifestyle simply for the sake of their religion, or simply for the environment, etc., are found to be nutritionally deficient. The aspects of nutrition and health cannot be left unexamined, in the same way that the ethical factors shouldn’t be ignored.

Do you know the old Indian proverb, “Everyone is a house with four rooms: a physical, a mental, an emotional, and a spiritual”? The proverb says that every day, we need to spend a bit of time in each room, even if only to give it a breath of fresh air. This concept is paralleled in the Bible, where in the book of Luke, Luke writes that Jesus “increased in wisdom and stature and in favor with God and man.”

An article published by the U.S. News & World Report gave several tips for those looking to live to one hundred. One of those tips was: “Live like a Seventh-day Adventist”. Many studies have shown that Adventists live longer, healthier lives. In fact, American Seventh-day Adventists are known to have an average life expectancy of eighty-nine years—around a decade longer than the average American. A major factor in this is the focus that the Adventist church has placed on health. 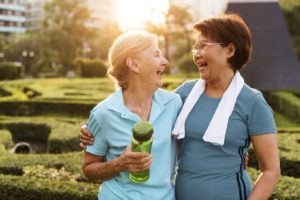 Based on their beliefs about honoring God with their bodies (1 Corinthians 6:19,20), many Adventists follow vegetarian or plant-based diets. However, physical health is not the only goal of their diets. Seventh-day Adventists understand health in a holistic way; they believe that physical, mental, and spiritual health cannot be divorced from one another. In addition to diet, Adventists also emphasize the importance of exercise, abstinence from alcohol and drugs, and observing Saturday, or the Sabbath, as a day of rest.

The health and longevity of Seventh-day Adventists are so intriguing that they’ve been made the subjects of hundreds of articles in multiple medical journals. The most recent of these appeared in the Journal of the American Medical Association (JAMA). Released in June 2013, the study tracked the health of over 70,000 Seventh-day Adventist Christians. It found, yet again, that a lower risk of death was associated with the vegetarian diets that Adventists tend to follow.

Given all this, what do you think?

If you’re someone who tends to walk through life seeing only a very tiny sliver of the world around you, how would that change if you considered the greater consequences of our actions and choices? A plant-based diet is about being as compassionate, as conscientious, and as healthy as possible. It is so much more than a diet. It’s a lifestyle—I think it’s a good one—and its benefits are far-reaching.

Excerpted from Life and Health’s plant-based cookbook, From Plant to Plate.

Sarah Yoo is the associate director of Life & Health but wears a few dozen hats as other this-and-thats, as is the norm in non-profit work. Her favorite part about working at Life & Health is meeting the people that Life & Health content has helped. Ultimately, Sarah dreams of doing humanitarian work in a developing country with her family.

How Keeping Secrets Can Hurt You

What's Food Got To Do With Diabetes?